Home » The dangerous shift of a cashless society: shouldn’t we be looking into it?
Help us share the message

A very important economic transformation is under way, and it seems voluntarily to be placed at a stratospheric level, with stakeholders carefully keeping the subject away from public opinion.  Several types of players are even favorable to such an economy. But the implications are many, and not all are good. A close scrutiny of the pros and cons brings useful insight on the stakes for consumers, all the more reason for citizens of a free world.

Cash is often criticized for its role in all sorts of crimes and demeanors, from high-level money laundering, terrorist support, tax evasion to petty theft and small-time drug commerce. This argument is the main one used by state promoters of the so-called ‘futuristic’ cashless society. Here, the stake is state control, under all of its forms. By lacking control over financial circuits, states fear seeing their fiscal revenues depleted over time (slow death risk), or having its enemies have safe financing, such as terrorist organizations (quick death risk). It is indeed clear that cash is used for many illegal activities: black market, illegal drugs, undeclared labor, small tax evasion…

In 2010, the United States IRS estimated over 300 billion dollars to be lost to tax evasion. But on the other hand, a lot of fiscal fraud does not occur through cash : in a great majority of tax evasion cases, the money isn’t transferred through cash, as most airports actually enforce the ban on carrying large amounts of cash (usually about 10 000 dollars). In the great majority of cases, wealth is simply transferred through normal banking systems to countries where states are either complacent with tax evaders or not in control of their banking system, using screen companies, front men, and complex money trails. None of which the destruction of cash can do anything about.

The second point of such a massive, yet slow, economic shift is the aim of governments to boost consumption in their economies. Economists and analysts know about a psychological fault line in the consumer’s mind which makes them spend more when using plastic money. If we don’t actually hand over the bills and coins – a consumer experience mitigated by the pleasure of receiving the purchased item and the unpleasant feeling of giving up our hard-earned money – then it feels less as if we’ve spent anything. Play money, if you will. However, the uncompromising economics of it are unchanged: the money has been spent, has generated fiscal revenue and currency circulation. Exactly what governments want. ….

Read the whole article here: The dangerous shift of a cashless society: shouldn’t we be looking into it? |

I know that it sounds very dramatic saying that the U.S. Dollar (USD) as we know it died on March 1st, 2018â¦ this is given that the International Monetary Fund (IMF) get their way. The role of the USD as a global reserve currency is now over, and following, the end of international trade requirements pursuant to USD will eventually lead to significant hyper-inflation in the U.S.. Jim Rickards has revealed a new Distributed Ledger technology in his Daily Reckoning newsletter. Distributed Ledger 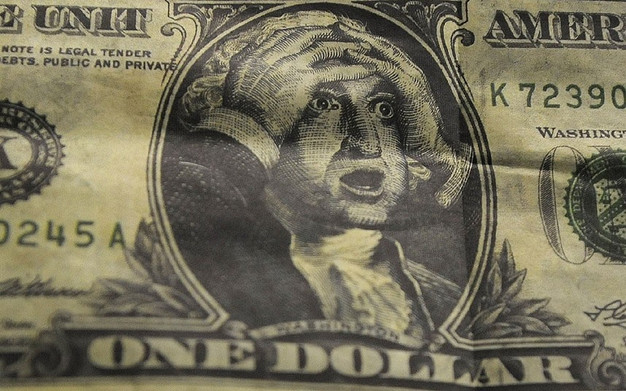 Physical money is under severe pressure from financial industrial sectors, and also until recently from leading political parties in my home ofNorway. […]

What are you doing to “Vote With Your Wallet”?We the People Always Have the Power to Vote with Our Wallets!People understand that in the absence of positive leadership within our governmental institutions today, that they have not only more personal responsibility, but they have a huge amount of individual power. When, as individuals weâre spending $36 billion a day, the individual decisions that we make can add up to an enormously powerful lever even if government doesnât step in in a positive 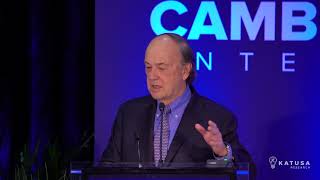 Featured Above: Homepage of Yes to Cash Norway (JA til Kontanter). The main story is about the letter to the Minister of Finance, a letter which may have lead to the first big bank rethinking of their digitization strategy. Global Y2C Disclaimer: Global YES to CASH is not about attacking private banking institutions. Global YES to CASH is about stimulating thought as to the essential nature of sustaining our ability to have and hold cash, while sharing alternative solutions to establishing sound 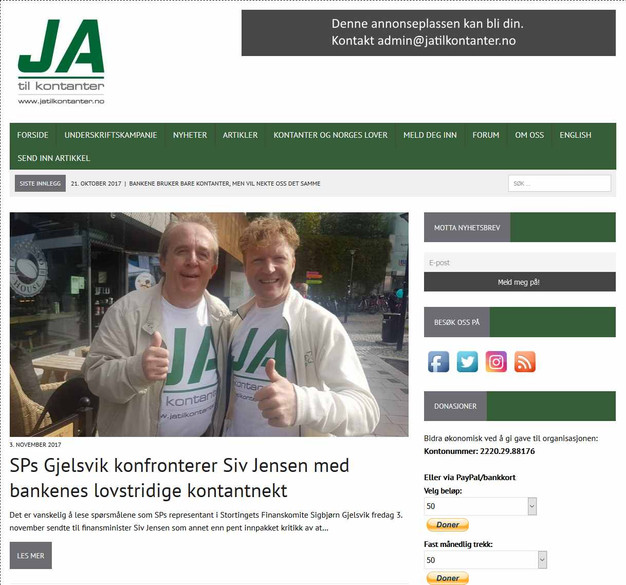